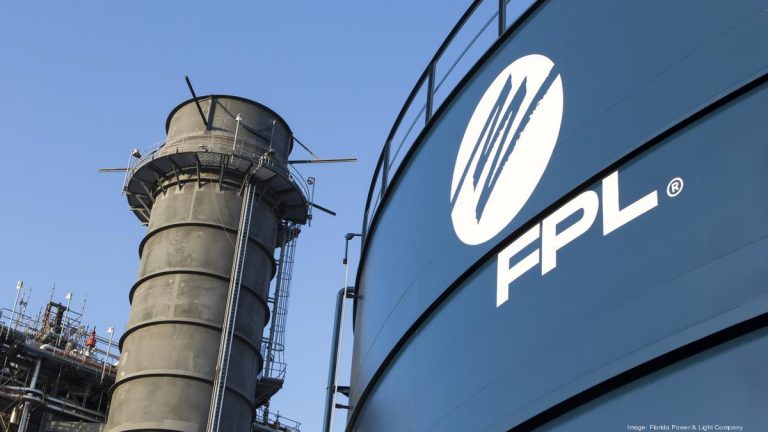 Florida has four large utilities: Florida Power & Light, Duke Energy, TECO Energy and Gulf Power. Florida Power & Light (FPL), a subsidiary of the Fortune 500 company NextEra Energy, is the largest utility in the state and has political and economic reach that makes it one of the state’s biggest power players.

Florida Power & Light’s parent company, NextEra Energy, is a Florida-based, investor-owned utility that is traded on the New York Stock Exchange under the ticker symbol NEE. NextEra’s stock value has increased steadily over the last five years from just under $30 per share in 2016 to over $84 in 2021.

NextEra’s top three shareholders are prominent firms Vanguard Group, BlackRock, and State Street, together holding over 21% of the company. The top three Florida-based investors are Raymond James & Associates, the State Board of Administration of Florida Retirement System, and Eagle Asset Management. Together these three investors own nearly $556 Million in shares, less than 0.4% of the company, far less than the top three institutional investors.

NextEra is one of just eighteen of the 258 Fortune 500 companies that were profitable from 2008 to 2015 and paid no federal income tax during that same period.

James Robo has served as NextEra’s CEO since 2012. In 2019 Robo was awarded $21.9 million in cash, stock, and other incentives. NextEra reported that the ratio of Robo’s executive compensation to the median salary of NextEra employees was 168 to 1, within SEC guidelines. Meanwhile Florida Power & Light CEO Eric Silagy received a $7.7 million compensation package in 2019, a $1 million jump from his 2018 compensation.

By contrast the median household income in NextEra and FPL’s home state of Florida in 2019 was $55,660, meaning that Silagy makes more in 3 days – and Robo makes more in 5 hours – than the average Florida family earns in a year.

NextEra and FPL’s Role in the Florida Power Structure

As the largest utility in the state, FPL has a representative on and is a financial contributor to the most prominent policy planning and business advocacy boards including the Florida Chamber of Commerce and its foundation, Enterprise Florida, Associated Industries of Florida, and the Council of 100. This ensures that FPL has a hand in shaping and promoting business-friendly policies in the state. In addition to these important business-focused boards FLP CEO Eric Silagy sits on the boards of a variety of other influential institutions.

NextEra’s foundation, the board of which is composed exclusively of NextEra executives, is another vehicle for the company to exercise influence in the community. From 2015 to 2018, the foundation distributed over $10.5 million to a variety of health, civic, educational, and environmental groups.

How FPL Moves its Agenda

FPL is a top player in Florida state politics where it wields significant influence with the dominant Republican party, which has held trifecta control of the state government since 1999.

At the Federal level FPL parent company NextEra has spent an average of $3.7 million annually over the last five years on lobbying. NextEra’s lobbying expenditures show a marked increase of $1.3 million from 2016 to 2017. NextEra’s stable of lobbying firms includes Ballard Partners, headed by Brian Ballard, a prominent Trump fundraiser.

In 2019 Florida Power & Light was second only to Disney in the number of lobbyists it had deployed at the state level in Tallahassee, 32 to 35 respectively. FPL spends around $1 million on state level lobbying annually.

Interestingly, while many corporations are sheepish about their lobbying efforts, FPL’s CEO has argued that the company’s customers should foot the bill for lobbying as he does in this exchange with a SunSentinel reporter:

“Silagy said lobbying costs are not part of customers’ bills — FPL’s shareholders pay for it. ‘Not one dime of it — no travel associated with flying up to Tallahassee,’ he said. ‘And it should be,’ Silagy said, arguing that lobbying often benefits customers.”

NextEra is also a prolific across the aisle political donor. Like many utilities, the donations from NextEra’s PAC and employees lean Republican but include substantial donations to both parties depending on the election cycle. For example in the 2016 election cycle, NextEra’s PAC gave a combined $1.8 Million to right wing outside spending groups Right to Rise USA and Senate Leadership Fund, the top two recipients of the PAC’s donations. However in the 2020 election cycle, NextEra PAC’s top recipients were the Democratic Senatorial and Congressional Campaign Committees.

In its home state of Florida, NextEra and its subsidiaries are also major political donors. Florida’s 2018 election cycles, which included a highly competitive gubernatorial race, showcased FPL’s unscrupulous attempts at influence. All told FPL pumped out $8 million in campaign contributions during the 2018 election cycle. Among these donations was a $25,000 contribution to the secretive Florida Strong PAC that ran libelous ads against Democrat Andrew Gillum on Facebook.

According to data from Energy and Policy Institute, NextEra and its subsidiaries, including Florida Power & Light, doled out $5.4 million to Florida state lawmakers from January 1, 2019 to October 30, 2020.

The benefit of these influence efforts on FPL’s bottom line is evident in FPL’s relationships with the Public Service Commission, which regulates Florida’s utilities. The PSC is appointed by the legislature and governor, who are targets of FPL lobbying and campaign donations. This important regulatory body has overwhelming approved FPL rate hikes and projects against the interest of consumers. The SunSentinel detailed a few of these approvals: 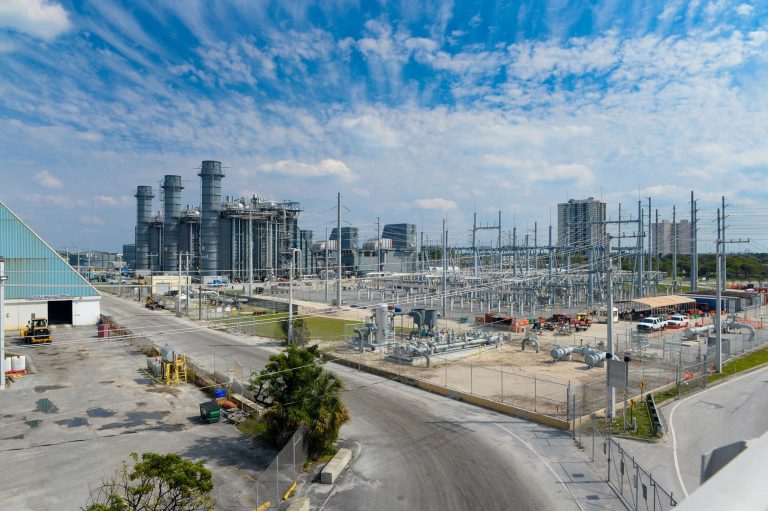 FPL has been at the center of many scandals. A few notable examples include:

In 2016 a utility-funded PAC called “Consumers for Smart Solar” was exposed for trying to dupe consumers into voting for a ballot initiative called Amendment 1 that would restrict subsidies for solar panels. The PAC used deceptive language that appeared to protect consumers for scams and rising energy prices but in fact would have led to tighter restrictions on the renewable energy industry and made solar power prohibitively expensive. Utilities dumped over $20 million into the effort with $8 million coming from Florida Power & Light alone, all to fund a wide-ranging media campaign across the state. Amendment 1 was ultimately defeated, but the utilities have still managed to limit solar expansion, and Florida consumers interested in solar energy must purchase it directly from a utility or face steep insurance premiums on private solar arrays.